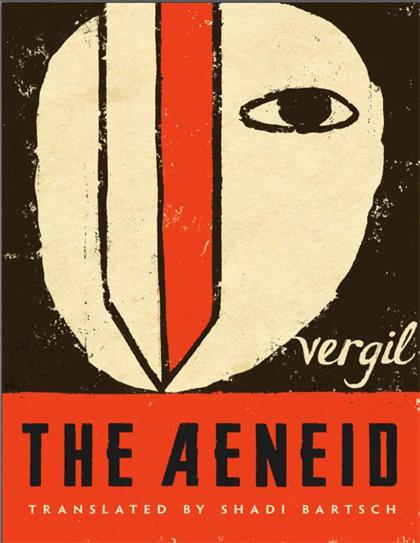 A fresh and faithful translation of Vergil’s Aeneid restores the epic’s spare language and fast pace and sheds new light on one of the cornerstone narratives of Western culture.

“The best version of the Aeneid in modern English: concise, readable and beautiful, but also as accurate and faithful to Vergil’s Latin as possible.”—James J. O’Hara, George L. Paddison Professor of Latin, University of North Carolina at Chapel Hill

For two thousand years, the epic tale of Aeneas’s dramatic flight from Troy, his doomed love affair with Dido, his descent into the underworld, and the bloody story behind the establishment of Rome has electrified audiences around the world. In Vergil’s telling, Aeneas’s heroic journey not only gave Romans and Italians a thrilling origin story, it established many of the fundamental themes of Western life and literature—the role of duty and self-sacrifice, the place of love and passion in human life, the relationship between art and violence, the tension between immigrant and indigenous people, and the way new foundations are so often built upon the wreckage of those who came before. Throughout the course of Western history, the Aeneid has affirmed our best and worst intentions and forced us to confront our deepest contradictions.

Shadi Bartsch, Guggenheim Laureate, award-winning translator, and chaired professor at the University of Chicago, confronts the contradictions inherent in the text itself, illuminating the epic’s subversive approach to storytelling. Even as Vergil writes the foundation myth for Rome, he seems to comment on this tendency to mythologize our heroes and societies, and to gesture to the stories that get lost in the mythmaking.

Bartsch’s groundbreaking translation, brilliantly maintaining the brisk pace of Vergil’s Latin even as it offers readers a metrical line-by-line translation, provides a literary and historical context to make the Aeneid resonant for a new generation of readers.

Making Contact：Preparing for the New Realities of Extraterrestrial Existence