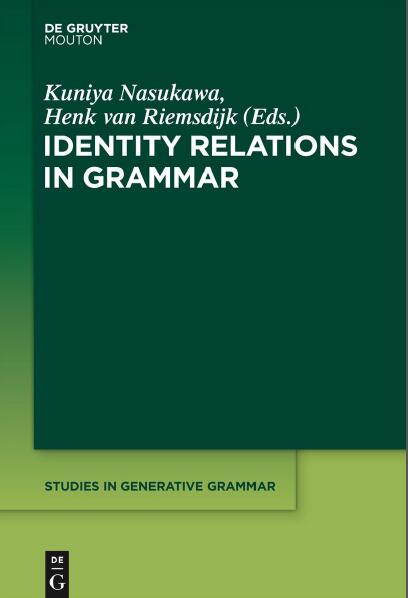 Few concepts are as ubiquitous in the physical world of humans as that of identity. Laws of nature crucially involve relations of identity and non-identity, the act of identifying is central to most cognitive processes, and the structure of human language is determined in many different ways by considerations of identity and its opposite. The purpose of this book is to bring together research from a broad scale of domains of grammar that have a bearing on the role that identity plays in the structure of grammatical representations and principles.

Beyond a great many analytical puzzles, the creation and avoidance of identity in grammar raise a lot of fundamental and hard questions. These include:

The Little Book of Hygge：Danish Secrets to Happy Living

Digital Lethargy：Dispatches from an Age of Disconnection

Reasons Not to Worry：How to be Stoic in chaotic times